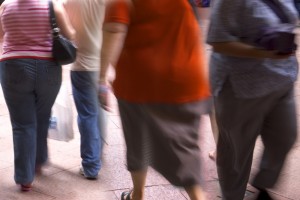 What’s the impact of race on Bariatric Surgery?

A new study has found that non-Hispanic white patients who underwent gastric bypass typically lost more weight over a three-year period than Hispanic or black patients. Throughout the three-year study period, findings following gastric bypass surgery showed that non-Hispanic white patients lost an average of 63 percent of their excess weight, Hispanic counterparts lost around 59 percent and black patients lost a bit less at around 56 percent (which still reflects a lot of hard work and amazing results!).

While there is little research that explores the impact of bariatric surgery on people of different races and ethnicities, especially in the long term, evidence like this encourages health care professionals to develop culturally sensitive post-op programs to improve success and minimize weight gain.

The weight stigma: it stays and it scars 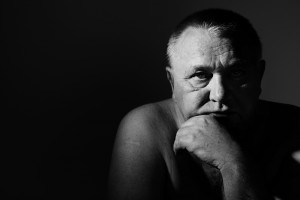 The obesity stigma continues to grow.

A new study by Western New England University is the first of its kind to use a daily diary assessment of weight stigmatization among 50 overweight and obese women. 1077 stigmatizing events were reported over a week period for a daily average of 3.08 events per individual. Participants most frequently experienced “physical barriers” (84 percent), “nasty comments from others” (74 percent), “being stared at” (72 percent) and “others making negative assumptions” (72 percent).

At Weight Zen our goal is to help you overcome this stigma. That’s why we don’t believe obesity is anyone’s “fault” and that it’s a failure if you don’t simply “try harder”. Find out more about our free Bariatric Surgery seminars for more information and let us know what you think about the obesity stigma on our Facebook page.

Weight management VS Bariatric Surgery: Not an “either/or” solution

Both of these paths require intense and strict lifestyle changes. Both of these paths improve obese diabetic patients’ physical and mental health. But Bariatric Surgery leads to a greater reduction in adverse effects of obesity on quality of life when compared to dieting and exercising alone. That said, significant lifestyle changes need to me upheld for all post-operative Bariatric Surgery patients.

In a meeting at the International Society of Endocrinology and the Endocrine Society, researchers presented results showing that up to two years after treatment, patients who underwent gastric bypass surgery had nearly twice the improvement (reduction) in the adverse effects of weight on their quality of life, which correlated with the greater amount of weight they lost. Two years after treatment, the surgical patients lost an average of 64.4 pounds versus 11 pounds in the weight management group (which consisted of exercise, diet with meal replacements, 12 initial weekly group sessions and nine additional months of individual counselling). 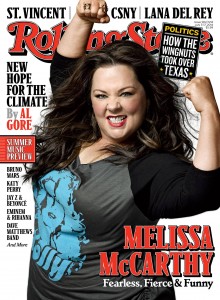 McCarthy on the cover of July’s Rolling Stone.

She’s funny, fearless and can demand millions at the Box Office. For many, she’s an inspiration to live a confident and fulfilled life that goes against the grain. But do you agree with what the Rolling Stones July cover girl has said about her self-destructive habits? “I could eat healthier, I could drink less,” she says. “I should be learning another language and working out more, but I’m just always saying, ‘Ah, I could get hit by a bus tomorrow.’”

Do you agree? Many of you have come to us with concerns about your health and how it affects your time with your children, grandchildren and what it means for your future. Tell us what you think on our Facebook page. 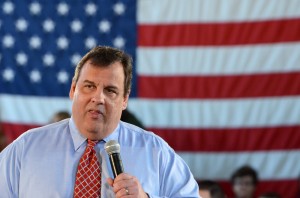 For better or worse, the jury’s still out on Christie’s weight.

While mum’s the word on Chris Christie’s actual weight loss, media speculation has been strong since his admission of having Lap Band Surgery last year.

With Christie now climbing in the polls and catching up to Hillary Clinton, do you think this is a case of public double standards on weight or is Christie a prime example of shaking off the weight stigma? Tell us what you think on Facebook. 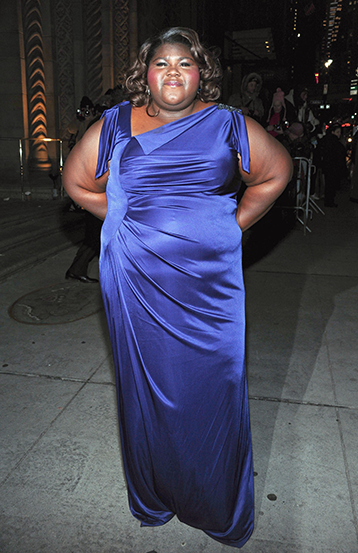 30 year-old actress and former “American Horror Story” star, Gabourey Sidibe recently gave a moving and touching speech on confidence at the Gloria Awards and Gala in New York City. Sidibe revealed the demons she fights each time she puts on a dress – the judgements, the headlines, the comparisons – and the surprise she initially felt when reporters would always be shocked at her confidence. How does ‘she’ get away with looing like that in Hollywood? How can someone like ‘her’ be so confident? Sidibe says, “It’s my good time, and my good life, despite what you think of me. I live my life, because I dare. I dare to show up when everyone else might hide their faces and hide their bodies in shame.” 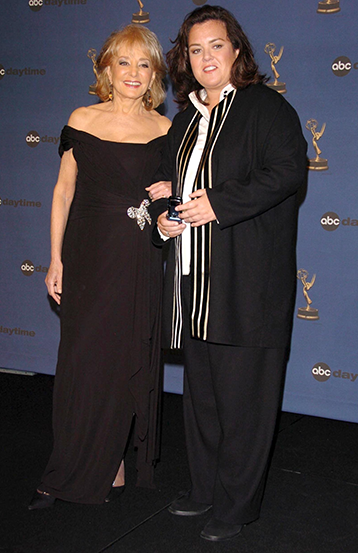 With stars such as Rosie O’Donnell, Star Jones and Randy Jackson speaking candidly about their bariatric surgery, the stigma is slowly fading. Jones had gastric bypass surgery in 2003 but only revealed the truth behind her decision and the procedure in 2007, writing, “The complete truth is, I was scared of what people might think of me. I was afraid to be vulnerable, and ashamed at not being able to get myself under control without this procedure.” Read more about Jones’ journey, how bariatric surgery helped Jackson manage diabetes and O’Donnell’s weight loss here.

Living an active lifestyle and staying healthy is a lifelong journey with many twists and turns. There are no quick fixes and the reality is very different from what magazines and television shows try to sell. Sadly, “Shape” magazine recently exacerbated this gap between media images and weight loss reality when they refused to publish bikini photos of one woman’s weight loss story because the magazine had a policy to only feature “fully clothed” people for that section.

This site uses cookies. By continuing to browse the site, you are agreeing to our use of cookies.

We may request cookies to be set on your device. We use cookies to let us know when you visit our websites, how you interact with us, to enrich your user experience, and to customize your relationship with our website.

Click on the different category headings to find out more. You can also change some of your preferences. Note that blocking some types of cookies may impact your experience on our websites and the services we are able to offer.

These cookies are strictly necessary to provide you with services available through our website and to use some of its features.

Because these cookies are strictly necessary to deliver the website, refuseing them will have impact how our site functions. You always can block or delete cookies by changing your browser settings and force blocking all cookies on this website. But this will always prompt you to accept/refuse cookies when revisiting our site.

We fully respect if you want to refuse cookies but to avoid asking you again and again kindly allow us to store a cookie for that. You are free to opt out any time or opt in for other cookies to get a better experience. If you refuse cookies we will remove all set cookies in our domain.

We provide you with a list of stored cookies on your computer in our domain so you can check what we stored. Due to security reasons we are not able to show or modify cookies from other domains. You can check these in your browser security settings.

We also use different external services like Google Webfonts, Google Maps, and external Video providers. Since these providers may collect personal data like your IP address we allow you to block them here. Please be aware that this might heavily reduce the functionality and appearance of our site. Changes will take effect once you reload the page.